From the moment I stepped off the plane in Portland, Oregon, I realized I was standing in the town that I’d later call my own.

I’ve been itching to travel to the City of Roses for quite some time, even going as far as saving travel itineraries to go back and long for on restless evenings when I felt like getting away. After months of slacking off, I bought a ticket during the early weeks of March and planned a four-day getaway.

Having grown up in between Philadelphia, PA and New York City, I’ve grown pretty accustomed to seeing and hearing weird things that are out of the ordinary. Philadelphia even has a man who dresses up regularly as Jesus and walks around attending local events. While that may seem pretty strange for anyone who grew up outside the city, I can reassure you that sure, it’s weird – but it’s not Portland weird. 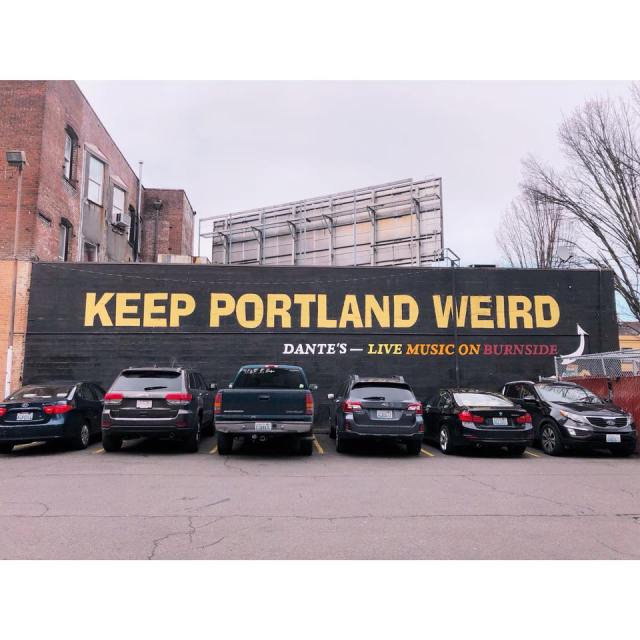 “Keep Portland Weird” is not only a tag-line in Stump City, but it’s the best description I could give to a town where unicycles, clowns, and folks on stilts congregate at the Portland Saturday Market on any given Saturday morning. Those local to Portland are adjusted to seeing the kind of wacky, weird (but ordinary) stuff that tourists like me, get a shock to my system over.

We lucked out visiting in the first week of March, weather-wise. Thanks to global warming, the temps were in the high 50s which enabled us to actually walk around the city. One of the saddest parts of Portland is the high number of homeless that you’ll pass on any given street corner. Even growing up in Philadelphia, where the homelessness rate is stifling, it sadly doesn’t compare to Portland.

Everything in downtown Portland is fairly local to anything you’d be interested in site-seeing. One of our favorite activities we did while there was attending the Portland Saturday Market. This ginormous craft show stretches city blocks and is home to do-it-yourself craft makers selling handmade bars of patchouli soaps, soaps with gummy bears on them, and homemade chocolate caramels. Crafters sell jewelry, headpieces, digital artwork and even craft gnomes out of clay. One of our favorite booths was a vendor called Getting to Gnome You, where he sculpted my husband and me out of clay and turned us into gnomes. They sit right outside our house and continue to be a conversation piece even months later. 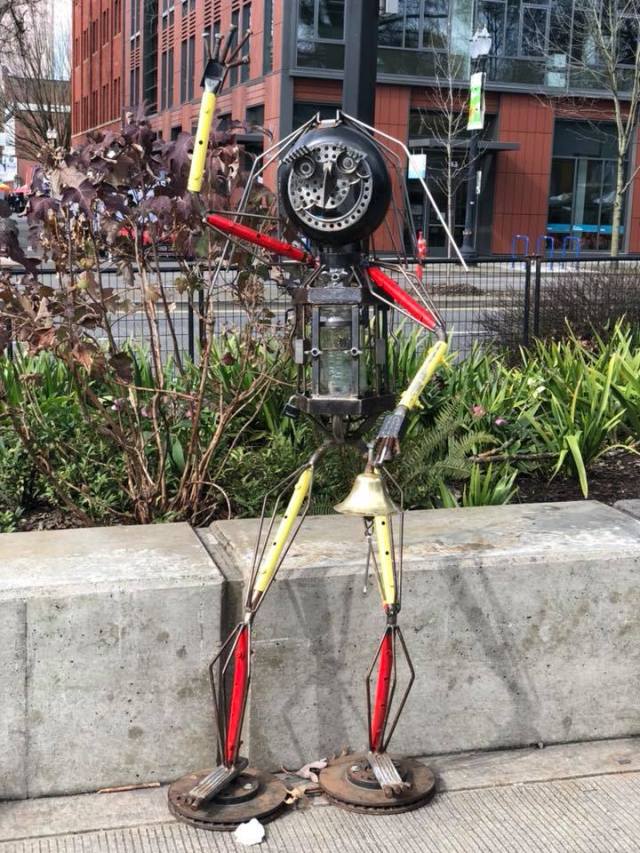 What we loved about Portland was the artsy vibe it gives off. Growing up near two bustling cities where giving the middle finger is just as common as giving a thumbs up, Portland shouldn’t be classified as a city. It’s green and the town has banned plastic bags. Even the toilets have instructions to flick the handle in a certain direction to conserve water. Most people bike around the city, and driving around in a car actually seems like a burden.

More than the green aspects of the town is the fact that it’s bubbling with culture. Portland is a city where art embraces daily life. You can’t visit one coffee house without seeing talented portraits of photography and catching a glimpse into people’s observations and passions. You’ll never see someone walking around in Uggs or flip flops, donning sweatpants and a t-shirt that went out of season four seasons ago. The vibe is trendy. Everybody’s wardrobe reflects the personal artistic view that the town’s famous for. The city’s bold, feminist and invigorating.

You’re not keeping up with the Jones’ in Portland. As we took a drive down Killingsworth Street, you’ll find houses that have portraits painted on the front of them and porches overrun by ivy. Culture runs deep into the confines of something as simple as a home. Portland’s city transportation is even unique, offering buses that troll the middle of a cobblestone block the way a taxi would wait for a pedestrian. The Portland Aerial Tram lifts you 500-feet in the air, transporting you across the twinkling city, wholly illuminated.

From the famous food, like a Captain My Captain donut from Voodoo Doughnuts, to the serenity of the Lan Su Chinese Garden, Portland provides a glimpse into what it means to live by your own standards. It’s not uncommon to bump into people covered in tattoos, rocking pink hair and pierced faces, saxophonists, unicyclists wearing a Darth Vadar mask and playing the bagpipes, to tourists like me, wearing my trendiest and hipster-inspired outfit just so I can try and fit in.

The magic of Portland extends all the way to Lincoln City off the Oregon Coast. Two hours outside of town, Lincoln City is a small, quaint beach town where life seemed to have stopped in the 1970s. On our last full day in the city, we took the scenic drive down to the coast, passing by snow-capped mountains and large, empty fields, lush with spring’s awakening.

When you drive into town, the salt from the ocean fills the breeze. We drove the car down through a neighborhood, with dolphin-themed hotels and condos, vacant until summer until you could see the boldness of the ocean in the far distance. We drove our car down onto the beach and stood in front of the grand Pacific Ocean, separated by a cascading line of rocks that we walked over. 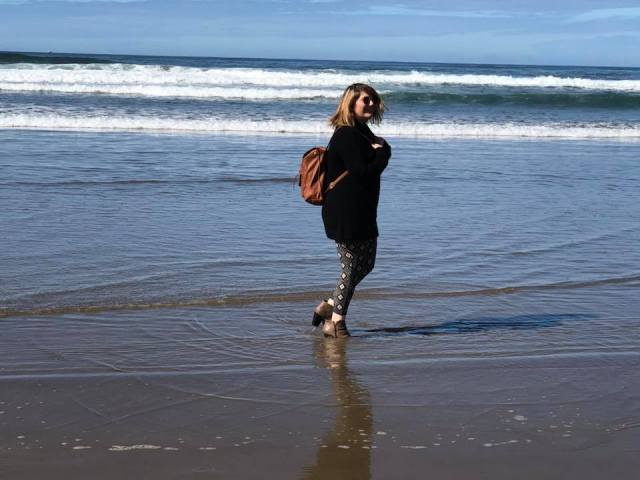 Despite it being the early weeks of March, there were people on the beach flying kites and playing fetch with their dogs. My husband and I stood in the sand, gawking at how the Pacific Ocean is much grander, much more beautiful than our oily Atlantic we see back home. There was something peaceful and serene about being there. It was like, at that exact moment, all you could think about was being alive, standing in a place where life mattered. Looking out at the ocean, all I could be thankful for was this opportunity to travel, to immerse myself – and my feet – in an experience that made me grateful to explore exciting towns, twinkling cities, and artisan coffees.

Portland – or PDX – is an organic existence. I’ve never been to a city before where you can see more people out and about having social lives than sitting and staring at their phone screen. It’s filled with quaint shops that sell bicycles and handmade socks. It’s filled with artisan coffee shops that serve spiced orange lattes and lavender mochas. While Portland prides itself on being – and remaining – weird, for me, Portland is just Portland. That’s what I love so much about it.